A one-day competition for drawn two-wood pairs, the trophy was inaugurated in 1977 in memory of 'Chiefy' Finlayson, who bowled at Singleton from 1955 until his death in 1976.

A one-day competition for drawn rinks, the trophy was inaugurated in 1978 in memory of two former landlords of the Horse & Groom and Presidents of Singleton Bowling Club.

A one-day competition for drawn triples, the trophy was formerly the Chairman's Shield from the Singleton Club.

Formerly the Captain's Shield from the Singleton Club, the shield was presented by Percy Farmer in 1981. Percy was honorary green-keeper at Singleton and Captain for several seasons.

Formerly the Singleton Bowling Club Challenge Cup, the cup dates from at least 1955 and may well have been played for since the formation of the Club in 1933.

Presented by W E (Bill) Smith (brother of 'Chub' Smith) in 1982. The runners-up trophy consists of two lignum woods owned by 'Chiefy' Finlayson which were mounted on a polished wooden base and presented by Jack Thompson in 1986.

Presented to the Singleton Club in 1972 by C E (Charlie) Smith.

Known as the Charles Smith Trophy, it was inaugurated in 1990 in memory of C E (Charlie) Smith MBE, DCM, Chairman at Singleton from 1978 to 1983 and the first President at Fishbourne from 1984 until his death in 1989.

Presented in 2001 by Stan Woodward (former Treasurer) and Brian Henham (former Match Secretary and later President) in memory of Tony Conway, much respected Club Captain and well-known local sportsman, who died in October 2000. The trophy is open to first-round losers in the Mens' and Ladies Singles and is played as the best of three sets. 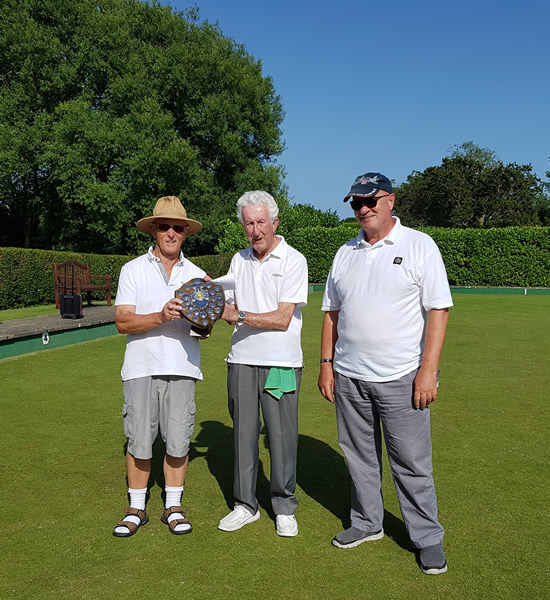